DIFFERENCE BETWEEN CLIENT-SERVER AND CLOUD COMPUTING 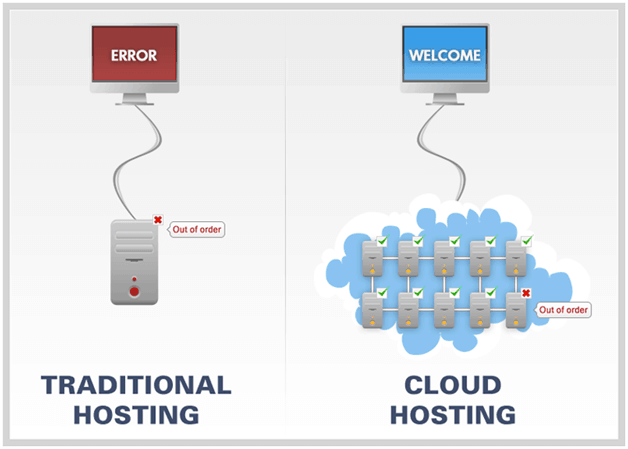 Technically, not much in fact.

In a client/server architecture, one logs on to a server, authenticating their identification against credentials saved on the server, not on the local computer even before accessing their computer’s operating system. Whereas cloud access usually occurs without the need for manual user-provided credentials, after the user has logged on to the computer, or other devices, utilizing locally-saved credentials.

Both of them provide storage of the user computer for necessary files. Some would claim that cloud storage is more transparent to the user, which is absolutely true.

Client/server architectures are normally deployed in organizations where control of the user computer and computer access, such as centrally-stored user credentials, operating system updates, or updating user applications are centrally administered and directed.

Cloud storage may be a transparent sub-function of a client/server architecture, though the contrary is not true, that is, a client/server architecture is not immediately a sub-function of cloud storage, though we can presumably expect that the latter to become the model sooner rather than later. Depending on the Cloud, no one can really tell just how secure it is, or whether or not access to user data is truly secure or not.

The primary difference in cloud computing and traditional networking or hosting is the implementation, and in one word that is “virtualization.” Virtualization allows for extensive scalability, giving clients virtually limitless resources.

In a traditional networking setup, the server is settled in hardware and if you want to scale up to more users than the current hardware can support, you would need to allocate more money for upgrades and there would still be a limit. But with cloud computing infrastructure, multiple servers are already in place at the start, they then use virtualization to render only the resources that a specific user needs which give it great scalability from the small needs of resources of personal businesses to heavy corporate resource needs. A Cloud provider is able to scale resources without issues and the client will only need to pay for what they use. In traditional networking, you need to pay for everything; the hardware, the installation, maintenance, or even just rent it for a monthly fixed price, even if you only need a small bit of resource.

In summary, cloud architecture is or can be just another kind of a client/server architecture where the user is cunningly insulated from the client/server aspects of its implementation. It all depends on who controls what cloud and which cloud that we are talking about. Expect that in the near future, all client/server architectures look more like the cloud than networks of old, but it is still pretty much the same thing. Remote storage of user data that is modified locally and accessible to the user regardless of which platform they use to access it.

So there you have it. This article is brief but we hope that it assists you to understand more about the difference between a client/server architecture and Cloud computing. Always keep on reading and like we always say, happy learning!